A mysterious monster has kidnapped Reid! Priscilla and her friends chase the fiend to a haunted house and are trapped. It's up to you to help Priscilla reclaim her powers, restore her friends, and rescue her brother from the clutches of the evil Lich!

This was created for RM Web's Spooky Spectacular Game Jam.

I remembered the previous Priscilla game and liked it. This is a really good sequel! The game balance in the battles is a big improvement over the first game. The difficulty level wasn't super hard, but it also felt like I was really thinking carefully about my moves the entire time.

I also liked that even though each room was essentially the same mission, you found a way to make each one feel fresh and different. I noticed in one of the comments that you made the Jack 'O Lantern sprite, it came out well!

Looking forward to what you make for Magical Girl Game Jam 3!

I’m looking forward to MGGJ3 also and can’t wait to see what inspiring works you and everyone else come up with, too.

Oh cool, a video review! I left more detailed comments on the video itself, but thanks a bunch! I'm also glad to have inspired you to make a game like this.

That was a really nice little game. The length feels about right for a halloween special, the battles were satisfying and although I'm pretty sure that's stock RPG Maker art is looks good. And of course I am definitely down for more Magical Girl Priscilla games!

Was there some unused content? I picked up a key but couldn't seem to use it anywhere.

Yay! I have a fan! Glad to see you here after the Magical Girl Game Jam! I'm looking forward to doing more with this series in the future.

Yes, the art is mostly stock RPG Maker, but I did incorporate a DLC tileset and drew the pumpkin enemy myself. There are some mods here-and-there, such as the "Mana Drain" attack having a blue tint instead of the default red. If I had started at the beginning of the jam instead of the week before the deadline, and/or had more focus on the main thrust of the game from the beginning, there would have been  a lot more custom art. Oh well, maybe next game!

The key is actually part of a secret in the game. Each room has one - you just have to look around enough to find them! If you figure it out and defeat the boss, you'll get a different ending. 😃 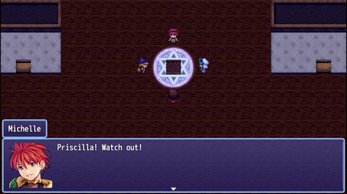 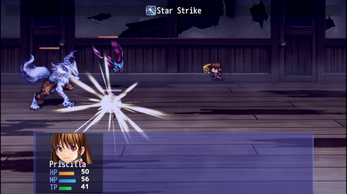 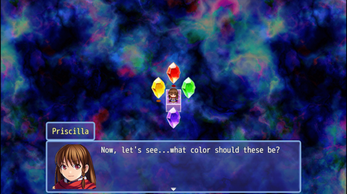 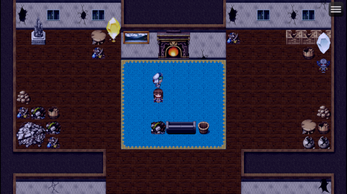